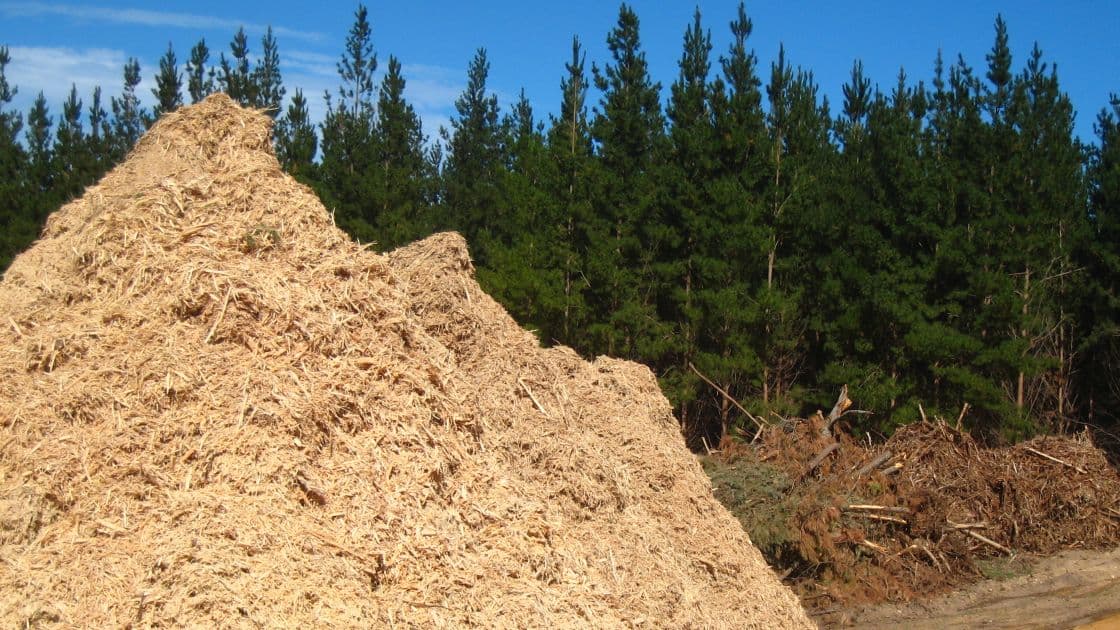 Another major switch to wood biomass

Otago’s ‘fantastic little cheese plant’, will be coal free and using wood biomass to fire the site by August next year. This will make Stirling Fonterra’s first 100% renewable thermal energy site, a significant step towards the Co-op’s goal of getting out of coal all together by 2037. By switching to wood biomass, the site’s annual emissions will reduce by 18,500 tonnes of CO2 – the equivalent of taking more than 7,000 cars off the road.

Fonterra General Manager Operations Lower South Island, Richard Gray says it’s another huge decarbonisation milestone for the Co-op. “Sustainability is at the heart of our strategy, and this project is something that will be good for the environment and local community.”

“As well as the site being coal free there are additional environmental benefits the new boiler will bring, including reduction in wastewater, noise, solid waste to landfill and air discharge emissions. There are also economic benefits for the community – the installation will contribute more than $10 million into the region, along with supporting an estimated 10 jobs in the wood biomass industry.”

The wood biomass will be sourced Pioneer Energy who are locally owned by Central Lakes Trust. The Trust distributes grants to charitable causes in the Central Otago region. Pioneer Energy CEO, Fraser Jonker says “Pioneer Energy is very proud to be involved with, and to support, Fonterra’s move across from coal to biomass at their facility in Stirling.

“Pioneer Energy has a proven record for the installation of new, and conversion of existing, boilers to biomass, and with our own wood fuel division assuring quality and security of local supply for the fuel, have mitigated any perceived risk of making this very important transition to a low carbon future.”

Stirling is the third significant fuel switching project the Co-op has undertaken in as many years. The conversion of Fonterra’s Te Awamutu site to wood pellets has resulted in a 10% reduction in the Co-op’s coal use, and at Brightwater at the top of the South Island, the team is co-firing wood biomass.

These three projects, when combined with other energy efficiency work, will reduce the Co-op’s emissions by 135,000 tonnes, the equivalent of taking close to 52,000 cars off the road. With this latest announcement, eight out of Fonterra’s 29 sites remain to be removed from using coal.