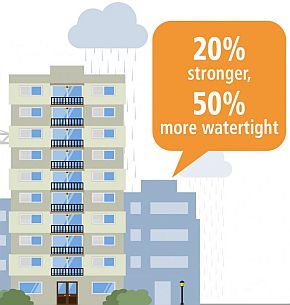 28 October 2022
It looks like a dumpster fire in the forest.

A new take on disposing of small trees and branches cut down during forest-thinning projects aims to turn the material into “biochar” that locks carbon into the ground and enhances dirt. It all depends on a massive “Carbonator,” an incinerator resembling an industrial garbage bin on tank tracks that can drive into the forest.

It’s unclear if the method will make any money or save any soil at scale. Nevertheless, a variety of land management agencies, stewardship groups, scientists and landowners believe it shows promise.

By locking carbon into the ground, with the added bonus of enhancing water retention and crop yield, growers applying biochar could begin earning income from carbon sequestration efforts. Before the method can be put into wide use in forests, local land managers, stakeholder groups, ranchers and scientists involved in this demonstration project must first figure out whether it’s even viable.

According to proponents, using a Carbonator to create biochar produces significantly less smoke than the typical burning of slash piles. That could greatly reduce pollution in nearby airsheds and expand the burn window into times when slash burning isn’t allowed.

Biochar production, which uses a specialized incinerator to create charcoal in place of the conventional open-burning of slash piles, is being tested in a thinning project near Gold Creek northeast of Missoula. The project area is a mixture of parcels owned by The Nature Conservancy, which is spearheading the project, and lands managed by the Bureau of Land Management.

Much of the land was formerly logged by Plum Creek Timber. None of the project land is being commercially logged. On Tuesday, private landowners and representatives from the University of Montana, U.S. Forest Service, Bureau of Land Management, Montana Department of Natural Resources and Conservation, The Nature Conservancy, Blackfoot Challenge and a forestry company gathered at the site — amid snow flurries and braving a muddy logging road — to see biochar production in progress.

Biochar is “basically any organic material you heat up in the absence of oxygen,” according to Barry Dutton, a soil scientist contracted by the Blackfoot Challenge to help analyse the project. “Biochar is essentially charcoal. It’s almost identical to charcoal.”

Biochar greatly increases water retention and crop yield of treated soils through microscopic pockmarks that hold water and nutrients. It’s mixed into soil either by tilling it into the ground or broadcast-spreading it on the surface. But it’s not a fertilizer.

Photo: Tom Elder of Greenside Construction uses an excavator to load small trees into a Tigercat 6050 incinerator used to make biochar near Gold Creek, northeast of Missoula, on Oct. 25, 2022. This incinerator, designed specifically to make biochar, is the first ever made by Tigercat — serial number 1 — and one of only about seven in existence in the U.S., Joshua Murdock, Missoulian