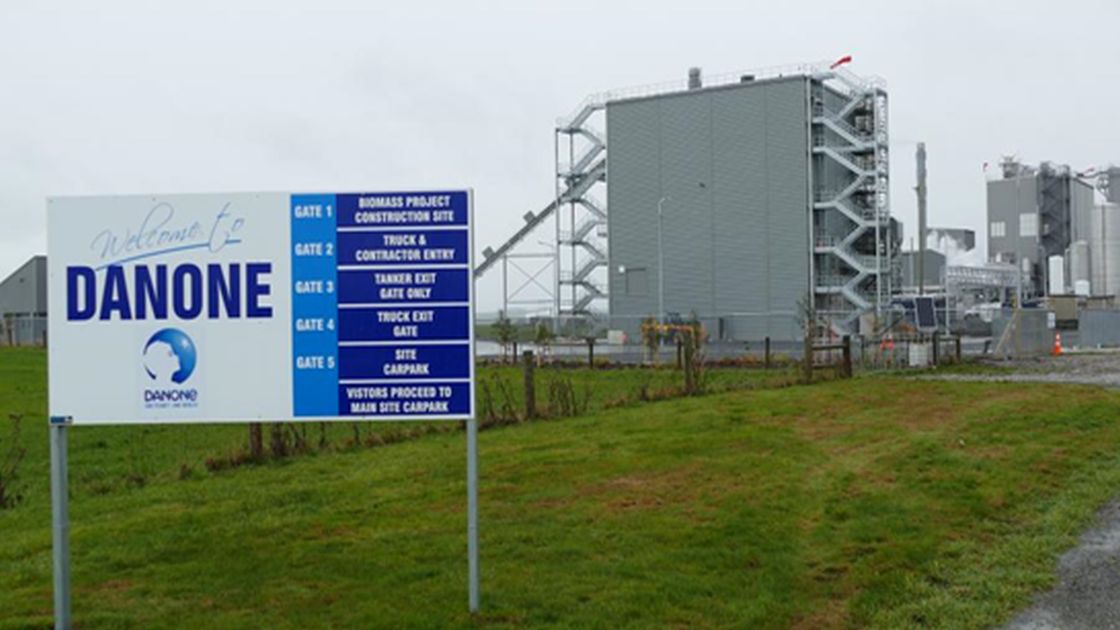 The plant processes raw milk from local farms into powder used as the base for production of infant milk formula brands including Aptamil and Karicare. Boilers played a central role in spray drying — the process of converting milk into a dry powder through the application of heat.

“This [fuel] is relatively moist and irregularly shaped, but the boiler can still operate at about 90% efficiency with that, creating about 136,000 tonnes of steam each year from 35,000 tonnes of fuel.” About 85% of the plant’s energy needs come from steam production.

The new boiler would reduce the plant’s overall carbon emissions by 20,000 tonnes a year (90%-95%) compared with its current LPG usage, Mr Fisher said. Byproducts would be carbon dioxide — offset by cyclical biomass usage — water and ash.

“Once we’re fully operational, we’ll start to investigate ways to reuse the plant’s ash, and look into alternative fuel sources such as wastewater plant solids.” The project was conceived five years ago as part of the company’s plan to attain zero net carbon emissions by 2050.

Note: This Danone project along with major industrial energy users Fonterra and the Canterbury District Health Board presented at last week’s Residues2Revenues 2022 event. The process of converting to biomass and their specific requirements for supply of biofuels were discussed with the New Zealand forestry industry. All R2R delegates, in person and virtual, will be receiving the presentations shortly.