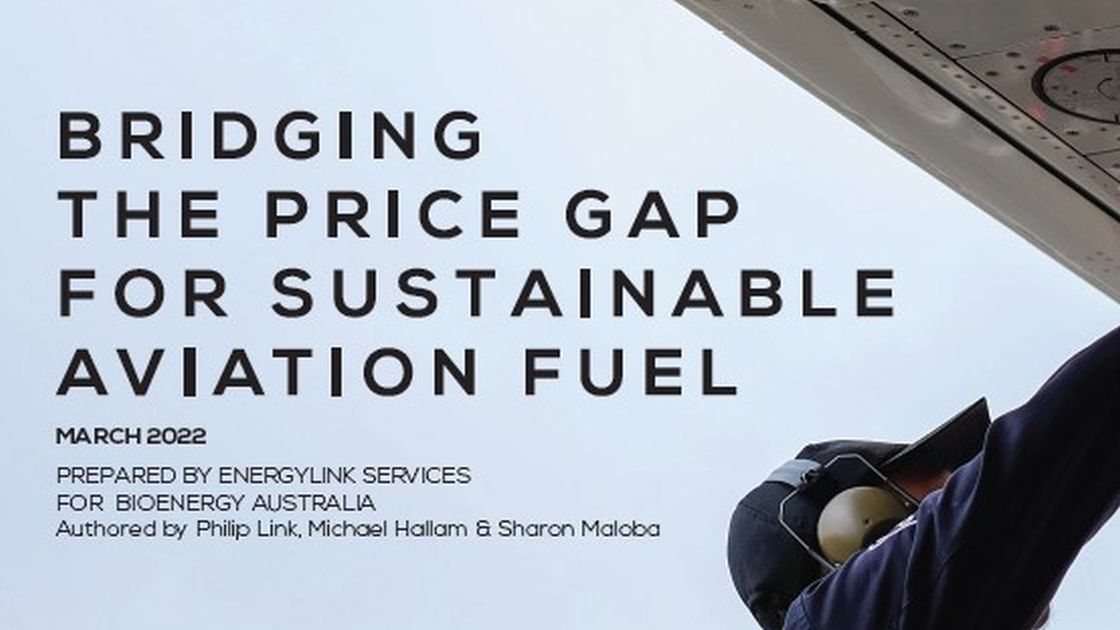 “Following the lead of the UK and its Jet Zero Council, Australia and New Zealand should immediately establish a ‘Jet Council’ to connect the various levels of Government with aviation industry stakeholders to guide the ongoing development of sustainable aviation policies,” said Shahana McKenzie, CEO Bioenergy Australia.

“As a priority, the Jet Council would work with the various levels of government along with key industry participants to guide and support pathways for SAF R&D in Australia and New Zealand, as well as guide the design and implementation of policies to overcome existing barriers to SAF development,” McKenzie added. “The Council could also be a forum through which to consider policies that support new technologies and innovative ways to reduce aviation emissions.”

The Report identifies that robust policy frameworks and financial mechanisms are needed to unlock the potential of the SAF industry in Australia and New Zealand. Other recommendations include the creation of a National Framework for voluntary consumer purchasing, an emissions intensity scheme and investment through capital support and production subsidies.

As identified in the Australian Bioenergy Roadmap (The Roadmap) released by Angus Taylor MP in November 2021, Sustainable Aviation Fuel has a significant role to play in unlocking its share of an extra $10 billion each year in GDP, generating 26,000 jobs, while also reducing emissions by approximately 9 per cent.

The Roadmap highlighted SAF as one of the few options to reduce aviation emissions in the short- and medium-term and given how geographically sparce Australia is, air travel is vital to connect communities and underpin local economies. “The Bioenergy Roadmap showed that Australia could be producing 18% of the country’s aviation fuel market by 2030 if a favourable policy and market environment existed” said Heidi Hauf, SAFAANZ Chair.

Aviation emissions have been steadily increasing in Australia over the past several decades, in correlation with the industry growth rate of 2.2% (DIRD, 2017). In 2016, commercial aviation emissions totalled 22.02 MtCO2e, approximately 4.1% of Australia’s total emissions.

“Beyond emissions reduction, this initiative supports jobs in regional Australia, economic development and fuel security,” said McKenzie. “Australia could be the SAF capital of the Asia Pacific region, if we act now.”

The global SAF market is projected to grow from USD$66 million in 2020 to USD$15,307 million by 2030. In May 2021, lawmakers in the United States introduced a bill that creates a tax credit of up to USD$2.00 for every gallon of low-carbon sustainable aviation fuel which is to be produced from feedstocks such as grease, animal fats and plant oils.

The European Commission will soon stimulate growth in the SAF industry through the ReFuelEU Aviation initiative. This is expected to be achieved through legislation that mandates the phased blending of SAF with conventional jet fuel in conjunction with incentives towards increasing capacity production.

“This shows the growing global momentum towards decarbonising the aviation sector, and Australia is well placed to be a key SAF producer and leverage our natural competitive advantages to supply global markets with low emissions SAF,” said McKenzie.